The Fed and the phony numbers casino

There was a lot of discussion about the Fed raising rates in the press over the last few weeks and now it has finally happened. Many people are wondering why they have raised rates when the rest of the world appears to be entering a recession and the Europeans have even gone negative on their rates.

It never ceases to amaze me how some people have the ability to make even simple concepts seem incredibly complicated and use very complex equations to justify their actions. Einstein was able to explain the theory of relativity in terms people understood because he understood what was at the heart of his theories. In my experience people tend to use complex equations when they either don’t want you to understand a problem or don’t understand a problem themselves; the big question is which camp Janet Yellen is in? Currently, the Fed has backed themselves into a corner. Throughout history manipulating the economy has never ended well and it has been tried many times. The last great example in the US was during the period of the Continental Dollar that started shortly after the beginning of the Revolutionary War. The problems that resulted from this led to the founding partners banning a US central bank in the Constitution to try and prevent manipulation from happening again. As we all know, this didn’t last long and JP Morgan found a way to get the fed created in 1913. Unfortunately, that was one of the major causes of the Great Depression. This time, is it really different?… 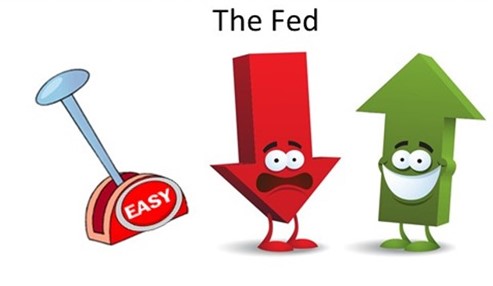 In our lifetimes people have become accustomed to the Fed hitting the easy button whenever things look a little shaky, and think it has always been this way. The reality is that major manipulation only started during the reign of Alan Greenspan and has been an experiment for the last 30 years.

When the Fed lowers rates the economy goes up; when they raise rates the economy goes down, all the while using very complex equations to justify their actions. The only problem is the Bureau of Labor economic statistics and other areas of the government have been continuously changing how things like the consumer price index, and hence inflation, are calculated. When inflation is said to be lower than it is, the GDP looks better and the politicians can claim victory.

Everyone knows that changing the figures and manipulation of the economy has been happening, but most people don’t understand the effects. Every time you pull the lever on the slot machine people go and borrow more money, that causes inflation and stimulates the economy, right? Wrong. It only works when there are good borrowers who want to borrow money for useful productive objectives that allow the profits to pay back both principal and interest. This stimulates the economy. For example, investing the borrowed funds to grow a company’s output will help stimulate the economy; buying a car doesn’t. Buying a car just pulls money from the future and spends it today, leaving less money available in the future. The data shows that the economy has not been expanding. The only thing that can explain our current predicament is that the debt increase has been used to pump up the markets and we have now run out of gas. There are no good borrowers left. Sound familiar?… 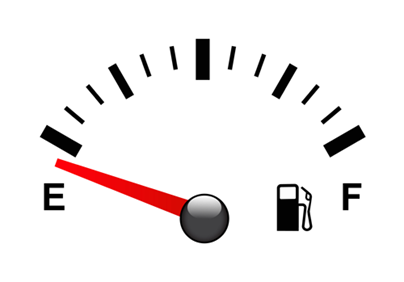 This time it’s not housing. Rather, it’s the companies who borrowed money to drill for oil when prices were above $100 a barrel. Now the prices are below $40; they can’t afford to pay back the debt, and are defaulting on their loans. People who hold the junk bonds (loans) are pulling their money out. Last week this caused a couple of funds such as Lipper (US$5.12bn outflow) and HY (US$3.811bn outflow) to close the doors and lock the funds.

This will have a ripple effect and just like before it will cause money to evaporate causing deflation pressure to mount. There are also the people who are insuring these junk bonds using credit default swaps. This is the same trigger that caused chaos in 2008. The real-estate bond market took out Lehman Brothers after the market had fallen considerably. This time oil looks like it could be the trigger. See the chart above.

The Fed rate hike is to give them room to maneuver, when rates are at zero they can’t do anything and have run out of ammunition. The incredibly high levels of debt in the world have made things very unstable. The next few months could be a very interesting roller coaster ride, so buckle up.

http://www.shadowstats.com/ has some great info on the real data if you are interested.