Britain leaves but the big question is why? In the last 24 hours the whole future of Europe has turned on its head, the 50 Year EU Experiment is Bust! Is this the start of the fall of globalism?

As a Brit living in America it has been an interesting experience watching the Brexit referendum from afar, without any emotional connection to either side of the argument.  Simply put, the Brits fought World War II to keep their parliamentary democracy intact only to have it overturned through stealth tactics and death by a thousand cuts, by a group of unelected bureaucrats dominated and controlled by the countries the Uk has had conflicts with for centuries.  The early goals were to improve trade and cooperation between different countries but somewhere along the way it transformed into a grab for power by the unelected European elite.  In the US, people tend to be very pro-democracy and tend to have a view that most democracies work in the same way i.e. every few years you get a chance to vote for the people who create the laws giving them an element of accountability to the people they serve.   This is why so many people in the US were surprised by the outcome of this vote, and the global financial markets reacted so violently.

Those who voted to leave see it as a vote for FREEDOM.  Freedom for the current and future generations.  Over 800 years ago the Magna Carta was signed – this was the founding principles of parliamentary democracy as the world knows it.  Think of the Magna Carta like the Declaration of Independence but for Britain – drafted by the UK’s Founding Fathers outlining governing ideas to further the people.  The foundation was built on freedom and the UK is one of the oldest and longest running democracies in the world. 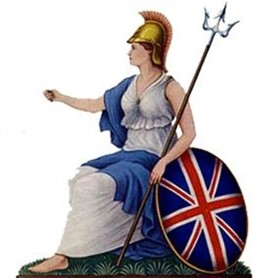 The fear is and has increasingly been that the UK Government was losing power to the EU – the EU governs more than just immigration and trade agreements.  They have an effect on many things that affect everyone’s daily life such as cheese, the British sausage and how much you are allowed to work, the list goes on and on. Any laws created by the EU supersede the laws and rules created by the British Government.  Here’s a classic example of bureaucratic folly, British sausages were outlawed at one point – because it did not have the same meat content as the European “standard” – eventually this was overruled – but could you imagine if Coke was outlawed and instead had to call itself a “carbonated beverage”.  Check out this video made by “Brexit” – it’s interesting (& long winded).  The end result is that Europe has stagnated for the last 20 years.

In the early days of the US colonies when they were charged taxes without much say in how the money was spent, they went to war for Independence. The British reaction to European control was to say let’s keep a stiff upper lip and have a referendum.

Most people I have spoken to over here don’t understand why the UK would leave because they don’t understand why any country that is democratic would voluntarily give away the power to govern themselves to an unelected cartel of bureaucrats that are not beholden to anyone.  Even most people in Europe don’t realise that is exactly what has happened by stealth over the last 50 years.  The Unelected European Commission has all the power to propose, initiate, and repeal legislation i.e. an unelected body at the heart of the EU that nobody understands has the power similar to that of the United States Congress.   They have increasingly used this power over the last few years to try and reshape Europe to their own ends.

It’s funny, if you mention Taxation Without Representation in the US every high school kid in America knows that was why the US fought for independence.  It says a lot about the United States presidential race that Trump thinks Brexit will turn out to be a good thing.  Come on people, it’s no coincidence that Trump was launching his new hotel in Scotland (link to video) the day of the vote – this is savvy tactics of a very smart businessman.  Alternatively, Obama and Hillary Clinton were outspokenly opposed to the Brexit, and Obama even said if the UK leaves it would “go to the back of the cue”.  Maybe Hillary has another agenda, as Secretary of State, she has been privy to more than we know; now that would be a great conspiracy theory.

When the pie was growing everyone can have more so no one questioned things. When the pie is shrinking no one wants to give up their piece.  The fact that the UK now controls its own destiny and the global pie is starting to shrink; this move puts the UK in a lot better position than the rest of Europe.  The people in control of Europe will hold on to their piece of the pie and sacrifice the rest of Europe to make that happen.  The next big question is who will leave next – it wouldn’t surprise me if Holland or another semi-well-to-do country put out their own vote.

This says a lot about a seed change that is taking place throughout the whole world; people want to take back control of their destiny.

One thing is always certain, the closer power is to the people it serves, the more accountable it tends to be.

Want to learn more?  Check out some of my courses.

·         How Economic forces impact real-estate:- The implications of current events and how to asses risk

·         How to Invest in Real-Estate using your IRA:– How to put your retirement savings in hard assets like real-estate