In the battle between prayer and marijuana – prayer wins the election 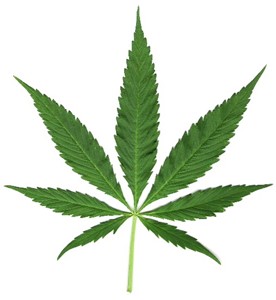 The people have spoken! Based on private and sometimes cryptic conversations I’ve had the results are no surprise – it baffles me that the media is flummoxed Trump is our 45th President. The median income has been stagnant for 16 years and it’s time for massive change. One of the facts that was shared on CBS was the number of people who “prayed for Trump” far exceeded the number of people who “prayed for Clinton”. Another curious fact was that all the States that legalized marijuana, including California, voted for Clinton.

I am not sure what to make of this, maybe its proof there is a God and the power of prayer works or maybe you need to smoke dope to believe Clinton didn’t know what she was doing when she was using her private emails. The market was definitely priced for a Clinton victory, and just like the Brexit; the big institutional powers that be didn’t understand that people want a disruptive change. Trump is not beholden to anyone which means that the establishment has no power to control him. I think a lot of people think of him as a loose cannon that will blow up Washington. Is it the start of the resurgence of the small business party in America and the end of Wall Street?

When historic Brexit occurred the reactions of the establishment said it all. Obama & Clinton said Britain would go to the back of the que when it came to reestablishing any deals. Trump cleverly made a speech from Scotland proclaiming the people have spoken and voted for democracy. The good thing about this election is that there has been a big victory for democracy in America with voter turnout hitting record highs in many states. One thing was certain, there was no voter apathy and anything that gets people engaged and caring about what happens is a good thing. When people feel like they don’t have a say pressure can build and bad things happen.

The G7 central bankers that are destroying the financial systems of the world are probably very worried right now. This is a huge change in sentiment, but the country is still more polarized than ever. We are approaching a period of history very much like the climate of 1935 which some people say was the depression within the depression. It was made worse by the new deal policies of Roosevelt that generated false growth that then backfired. I’ve been saying for over a year that the risk in the global markets is extremely high. Trump is a savvy businessman and I have high hopes in that he at least understands the problem which is step 1 in getting out of the way of business and allowing it to Make America Great again. It’s amazing the parallels between the Roosevelt and Obama presidencies. They both tried to spend their way out of a depression yet failed to grow the economy. Ironically, in both periods, the middle class and small business owners suffered the worst and became the forgotten man. Amity Shales has authored several great books on this subject. Now that the votes are in, it’s everybody’s job to Make America Great.